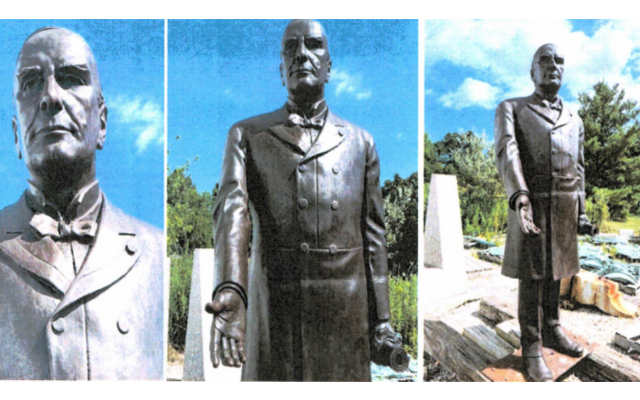 CANTON, Ohio (News Talk 1480 WHBC) – A taller-than-life bronze statue of President William McKinley is coming to downtown Canton, hopefully by the end of the year.

The Timken Foundation purchased the 8-foot-5 statue from the city of Arcata California, where it was displayed since being commissioned in 1906.

It’s also being restored after years of exposure to the elements and some vandalism.

The foundation hopes to have it placed just outside the county courthouse at the main street corner at West Tusc.