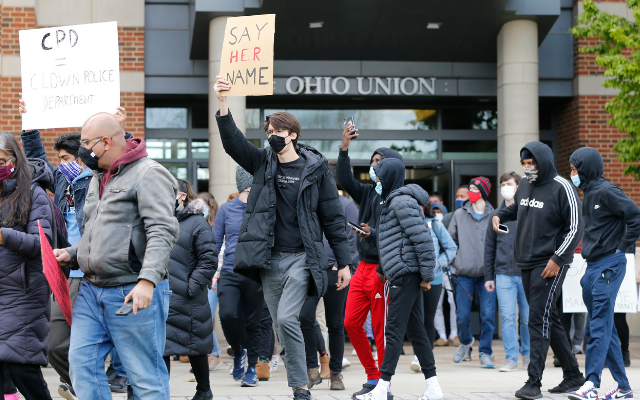 16-year-old Ma’khia Bryant was shot dead by a police officer on Tuesday.

She is seen in several police bodycam videos lunging at another teen with a knife.

Governor Mike DeWine says we need to let the investigation be completed in order to come to any conclusions.

The governor also says more attention needs to be paid to the many other children who are victims of violence every year.

A 15-year-old was shot dead by another 15-year-old in Columbus Wednesday, while a 13-year-old is dead in Cincinnati from stab wounds.

Still, DeWine is again pushing legislation that establishes a statewide officer discipline database, as well as a statewide “use of force” policy.