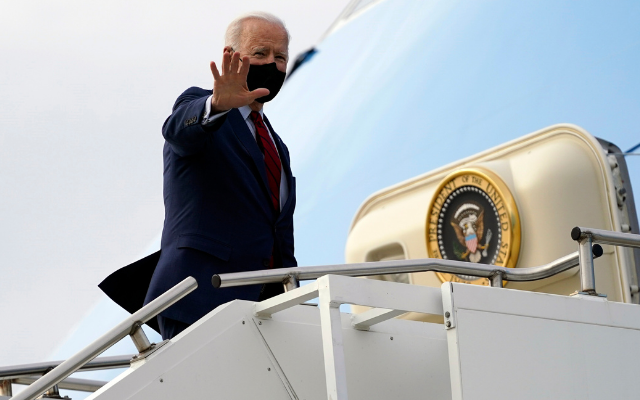 Janet Jackson is placing more than a thousand of her personal items up for auction to celebrate her 55th birthday.

Some of the most noteworthy items that will be up for grabs include her iconic black jacket from the “Rhythm Nation” music video, a black “1814” cap, and black satin gloves she wore. Several items will be on display at the Hard Rock Café Piccadilly Circus in London from April 19th through 23rd. The Julien’s Auctions event happens the weekend of May 14th through 16th in Los Angeles. A portion of the auction, as well as all proceeds from the signed, special edition box set, will be given to Compassion International.

Charles Barkley said recently that he turned down a chance to be on Monday Night Football. He didn’t say when the offer was made, and he didn’t elaborate on its terms. Apparently the concept was a weekly halftime guest with Al Michaels and John Madden. The trio would have, and could have, talked about anything during the segment.

The chairman of Disney Parks, Josh D’Amaro says they’ve been able to develop a “realistic, working, retractable lightsaber, similar to how the lightsabers activate in the ‘Star Wars’ films. To this point, no pictures or video have been released, but it sure sounds like they might have another serious money-maker on their hands.

The Biden administration is looking into various outreach opportunities to encourage Covid vaccinations. This apparently, includes a partnership with NASCAR and Country Music Television.

Nike says they’re now reselling returned sneakers at a discount in select stores. The company says it’s an effort to help reduce waste. As a part of the initiative, Nike will accept returned shoes either lightly-worn or with a manufacturing flaw and then clean and sanitize them. The shoes will then be resold in select stores at a reduced price. There are eight stores currently selling the returned shoes in the US, but the company says that will expand to 15 locations by the end of the month.

One-thousand-dollars for a pint of ice cream. That’s what an e-Bay listing is selling Dolly Parton’s new flavor for. The country music star teamed up with a dessert company to make Strawberry Pretzel Pie ice cream to benefit her charity. But it was in such demand, it sold out last week, even causing the website to crash. Columbus, Ohio-based Jeni’s Splendid Ice Creams says it’s working around the clock to make more and promises to give a 48-hour notice on social media before the next batch is released.

In honor of the Fruity Pebbles cereal’s 50th birthday, Delaware’s Crooked hammock Brewery has created a Yabba Dabba beer. It’s made with Fruity Pebbles and described as having the flavors of sweet and tart cherry, lemon, orange and lime zest. It’s only available at the brewery for a limited time.

Former Buffalo Bills head coach Marv Levy is getting recognition for another part of his coaching career, with his selection today to the Canadian Football League Hall of Fame. Levy was head coach of the Montreal Alouettes for five seasons and made the playoffs all five times. The Alouettes won the Grey Cup in 1974 and 1977.

1957 – The Boston Celtics won their first NBA Championship. They beat the St. Louis Hawks. They won a total of 17 championships. The Lakers have won 17 as well. The League was founded in 1946. Therefor of the 75 years that the league has been in existence, Boston and LA have shared almost half of all championships played.

Conductor/composer Bill Conti is 79 (Best known for his film scores, including “Rocky” (and four of the sequels),