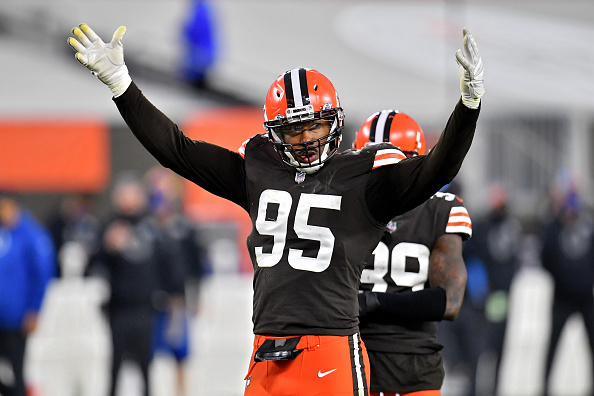 BEREA, Ohio – Cleveland Browns DE Myles Garrett and OL Joel Bitonio each have earned awards from the local chapter of the Pro Football Writers of America (PFWA) for the 2021 season. Garrett was voted the PFWA Joe Thomas Award winner for the second consecutive season and Garrett and Bitonio were named co-winners of the PFWA Dino Lucarelli ‘Good Guy Award.’

Garrett, who was selected to his third career Pro Bowl, set the Browns single-season sack record this year with 15. He has appeared in all 16 games and recorded a career-high 50 tackles, while adding three passes defensed, one forced fumble, one fumble recovery and one defensive touchdown. His sack total is currently tied for third in the NFL and he had a six game stretch with recording at least one full sack. In Week 3, he was named the AFC Defensive Player of the Week after recording a Browns single-game record 4.5 sacks. Garrett is the first player to win the Joe Thomas Award in consecutive seasons.

The ‘Good Guy Award’ is given annually to a player for his cooperation with the media and for the way the player carries himself in the community and with his teammates. Bitonio has won the award three times, the most in team history, while Garrett is a first-time honoree.