New Role for Hall of Famer Anthony Munoz at PFHOF 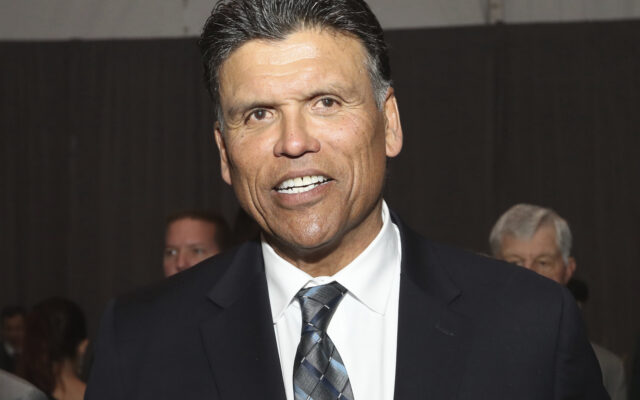 CANTON, OHIO – ANTHONY MUÑOZ, a member of the Pro Football Hall of Fame since being enshrined in his first year of eligibility in 1998, today was announced as the Hall’s Chief Football Relationship Officer, a new staff position.

In this role, Muñoz’s primary responsibilities will be to engage with current and prospective business partners and sponsors, be involved in philanthropic efforts for the Hall of Fame and join others within the organization in promoting its Mission and initiatives through the media.

He will report directly to Pro Football Hall of Fame President Jim Porter.

“I’m excited to step into this role, and I do so with great humility,” Muñoz said. “The Hall is about the game of football, about people. … Everything that’s included in the Hall of Fame is why I’m excited to be part of this team.”

Porter said Muñoz will help open doors for the Pro Football Hall of Fame as it strives to build relationships and expand its reach nationally.

“Anthony’s personality and football credibility are perfectly suited for this new position,” Porter said. “He is widely regarded as one of the best to play offensive tackle in the NFL. He understands the demands of the game and what it takes to become a Hall of Famer. As founder of the Anthony Muñoz Foundation, he also understands the nonprofit world and what it takes to reach and sustain excellence in that environment. He will be a great addition to his newest team – and his teammates in Canton are excited to be working with him.”

As the first-round pick of the Cincinnati Bengals and the third player selected overall in the 1980 NFL Draft after an All-American career at the University of Southern California, Muñoz became an immediate starter as a professional. He demonstrated a combination of agility, quickness and strength few had demonstrated or have matched even decades later.

When told of the hiring of Muñoz prior to the public release of the news, members of the Hall of Famer Advisory Committee reacted unanimously with praise.

STEVE LARGENT said the Hall “couldn’t have picked anyone better” because of Muñoz’s stature in the game. “He has the spirit and demeanor” to succeed in the new role, he said.

“Anthony Muñoz is an excellent choice for Chief Football Relationship Officer,” said WARREN MOON. “Anthony is held with high esteem and great respect from the Hall of Famers. He is very well-versed with the interactions of the Hall, having served on the Board and many other committees over the last decade. Leadership abilities are his strongest assets.”

Added BRUCE MATTHEWS: “There is not a guy more universally well-received than Anthony Muñoz.”

Muñoz’s first official day in the new position will be June 6.