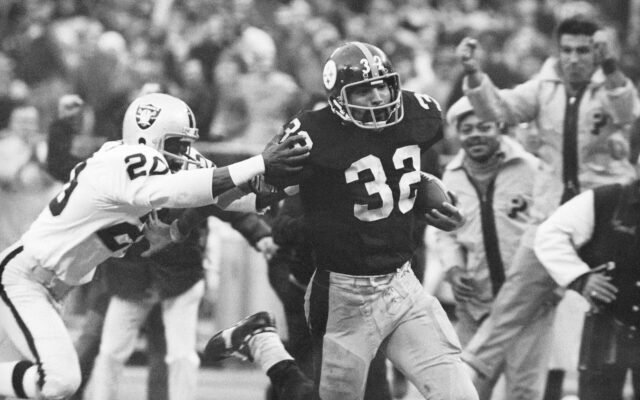 FILE - Pittsburgh Steelers' Franco Harris (32) eludes a tackle by Oakland Raiders' Jimmy Warren as he runs 42-yards for a touchdown after catching a deflected pass during an AFC Divisional NFL football playoff game in Pittsburgh on Dec. 23, 1972. Harris died on Wednesday morning, Dec. 21, 2022, at age 72, just two days before the 50th anniversary of The Immaculate Reception. (AP Photo/Harry Cabluck, File)

A tough day in Steeler nation and across the NFL today as football legend Franco Harris passed away this morning at the age of 72.

It comes just days before the Steelers are retiring his jersey at the 50th Anniversary celebration of the Immaculate Reception on Saturday Night.  The Steelers and the Raiders meet at Acrisure Stadium in what’s being called a Holiday Classic.  Harris of course the author of what’s been voted the greatest play in NFL History.  He was a rookie in 1972 when he caught the ball out of the air and raced to the end zone in what was the beginning of the Pittsburgh Steelers dynasty in the 1970’s.   Events were planned all week long leading up to the game and celebration.

But as many have said he’s more than just that play – he was as good a man as you would find.  And his football statistics put him right up there with all the greats, falling just short of Jim Brown’s rushing record.  Below is the statement from the Pro Football Hall of Fame on Harris’ passing.  The flags at the hall are being flown at half staff in his honor.    His family has not released much information but said he passed away in his sleep. 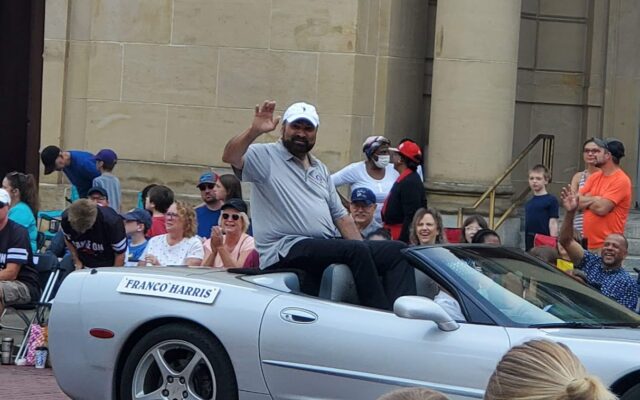 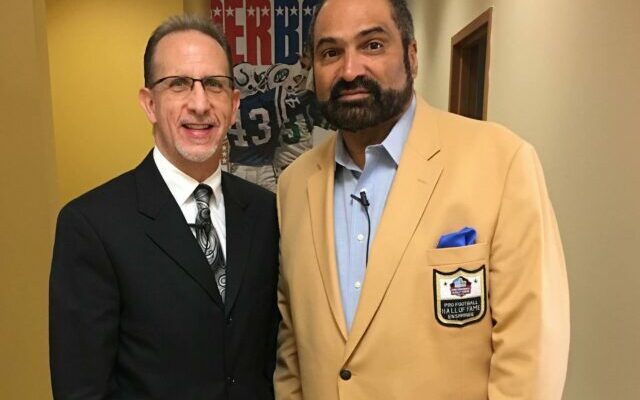 Kenny Roda works withFranco Harris at the Hall of Fame 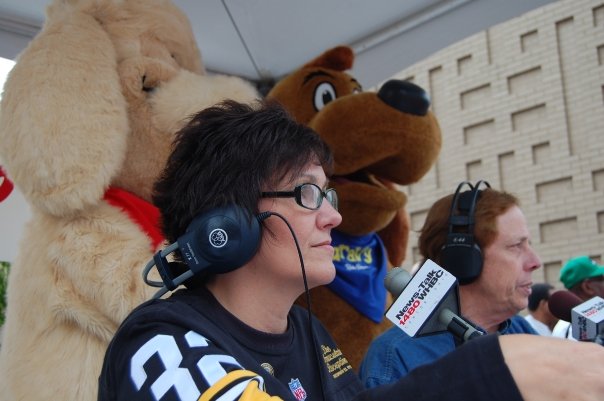 CANTON, OHIO – Pro Football Hall of Famer FRANCO HARRIS passed away unexpectedly overnight at the age of 72, his family confirmed. No cause was shared.

The following is a statement from Hall of Fame President Jim Porter:

“The entire team at the Pro Football Hall of Fame is immensely saddened today.

We have lost an incredible football player, an incredible ambassador to the Hall and most importantly, we have lost one of the finest gentlemen anyone will ever meet. Franco not only impacted the game of football, but he also affected the lives of many, many people in profoundly positive ways.

The Hall of Fame and historians everywhere will tell Franco’s football story forever. His life story can never be told fully, however, without including his greatness off the field.

My heart and prayers go out to his wife, Dana, an equally incredible person, a special friend to the Hall and someone who cares so deeply for Franco’s Hall of Fame teammates.”

Harris began his pro football career as the Pittsburgh Steelers’ No.1 pick and the 13th player selected in the 1972 NFL Draft. For 12 seasons, the 6-2, 230-pounder from Penn State was a big-yardage running back, a key man in the powerful Pittsburgh offensive machine, which also included an outstanding passing attack.

Harris established himself as a future superstar when he became only the fourth rookie in NFL annals to rush for 1,000 yards. He gained additional attention by being on the receiving end of the famous “Immaculate Reception” pass from Terry Bradshaw that gave the Steelers their first-ever playoff win, a 13-7 victory over the Oakland Raiders. In his 13 seasons, the last of which was spent with the Seattle Seahawks in 1984, Harris rushed 2,949 times for 12,120 yards and 91 touchdowns.

He rushed for 1,000 yards or more eight seasons and for more than 100 yards in 47 games. He also caught 307 passes for 2,287 yards and nine touchdowns. His career rushing total and his combined net yardage figure of 14,622 both ranked as the third highest marks in pro football history at the time of his retirement.

In Super Bowl IX, when the Steelers won their first-ever league title with a 16-6 victory over Minnesota, Harris rushed for 158 yards, compared to just 17 yards rushing for the entire Viking team. He was named the game’s Most Valuable Player. Harris held numerous Super Bowl and postseason game records by the end of his career. The most notable included 24 points and 354 yards rushing in four Super Bowls and 17 touchdowns and 1,556 yards rushing in 19 postseason playoff games.