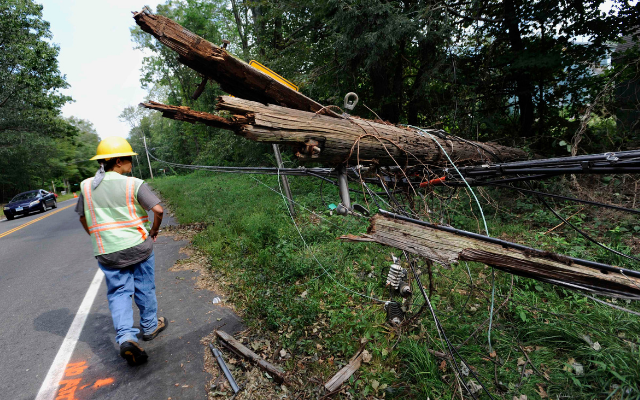 CLEVELAND, Ohio (News Talk 1480 WHBC) – A noisy early-morning Monday with even a tornado warning issued for parts of the area including northern Stark County.

There is damage reported in the Portage Lakes area and in Green.

They were in the path of the storm that might have been tornadic.

The National Weather Service will determine later if they’ll sound out a survey crew.

As of 5 a.m., there were 1600 Edison customers out in Summit County, mainly in Green.

Just a few hundred outages in Stark County at the northern end of the county.

Those numbers were down below a hundred by 8 a.m.

Meantime, an EF-1 tornado touched down in Troy Ohio in Miami County north of Dayton Saturday.

There was minor damage to buildings and a bank sign.