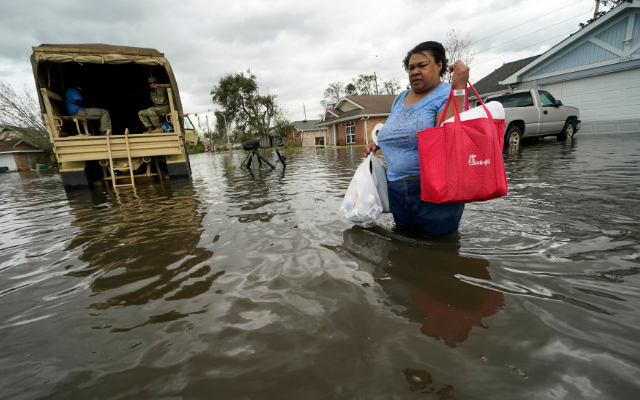 Jerilyn Collins returns to her destroyed home with the assistance of a Louisiana National Guard high-water vehicle to retrieve medicine for herself and her father, and a few possessions, after she evacuated from rising floodwater in the aftermath of Hurricane Ida in LaPlace, La., Monday, Aug. 30, 2021. (AP Photo/Gerald Herbert)

And, two Emergency Response Vehicles containing food, water and cleaning supplies are set to move into the worst hit areas.

The beginning of what looks to be a lengthy period of assistance for the millions impacted by Hurricane Ida.

2500 people who had sought shelter in one of 60 different locations across three states were served Sunday night.

The response vehicles won’t be able to move in until areas are deemed to be safe.

One of the volunteers is Mahogany Coward from Canton.