Not a fan of Snakes? This may make you dislike them even more! 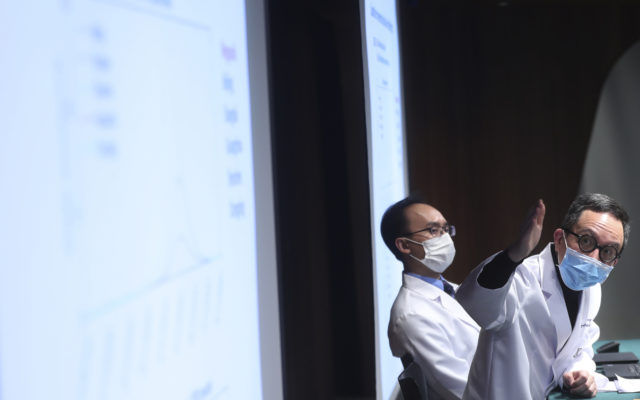 Chair Professor of public Health Medicine Gabriel Leung talks to journalists during a press conference in Hong Kong, Monday, Jan. 27, 2020. Hong Kong announced it would bar entry to visitors from the mainland province at the center of the outbreak. Travel agencies were ordered to cancel group tours nationwide following a warning the virus's ability to spread was increasing.(AP Photo/Achmad Ibrahim)

There are now 5 reported cases in the U.S. ignites fears that China’s deadly coronavirus epidemic has made its way across the ocean, researchers have revealed the virus’ suspected origin: snakes.
A study published Friday in the Journal of Medical Virology hypothesizes the disease lives and grows in snakes. Snakes, especially krait and cobras, are common dishes in China.
While the World Health Organization disputes the study’s claim, saying it’s “too early” to identify the virus’ origin, a number of Chinese health officials have linked several cases to the Huanan seafood market in Wuhan.

Scientists say the virus is so difficult to fight because it’s actually a combination of two different types of coronavirus.