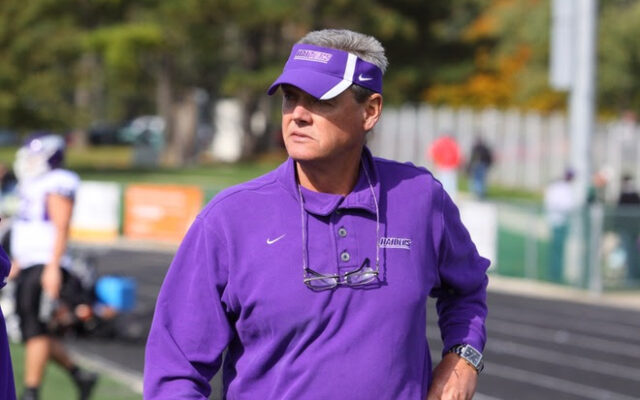 The Ohio Athletic Conference has announced that its annual football coach of the year award will now be named in honor of former Mount Union head football coach and director of athletics Larry Kehres.

The OAC Athletics Council, which includes the athletic directors, senior women’s administrators and faculty athletics representatives from all 10 member schools, voted October 29 to rename the award the Larry Kehres OAC Football Coach of the Year Award.

Kehres worked at Mount Union for 46 years (1974-2020) and was head football coach for 27 of those years building one of the most successful football programs in college football history. His teams won 23 OAC titles with 21 undefeated seasons and 11 NCAA Division III National Championships. He leads all levels of college football with a .929 winning percentage as he went 332-24-3 and was inducted into the College Football Hall of Fame in his first year of eligibility in 2017.

He was named OAC Coach of the Year a record six times. Dave Mauer of Wittenberg and Lee Tressel of Baldwin Wallace both won the award five times.