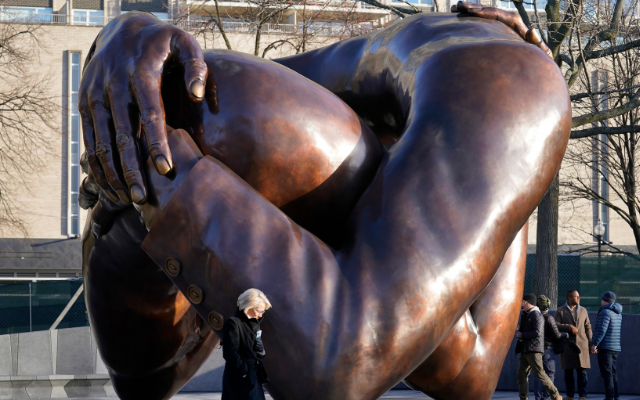 Passers-by walk near the 20-foot-high bronze sculpture "The Embrace," a memorial to Dr. Martin Luther King Jr. and Coretta Scott King, in the Boston Common, Tuesday, Jan. 10, 2023, in Boston. The sculpture, consisting of four intertwined arms, was inspired by a photo of the Kings embracing when MLK learned he had won the Nobel Peace Prize in 1964. The statue is to be unveiled during ceremonies Friday, Jan. 13, 2023. (AP Photo/Steven Senne)

here was also an event at the University of Akron on Friday.

A reminder that government offices and most banks and schools are closed.

No mail delivery on Monday.

SARTA is on a regular schedule.