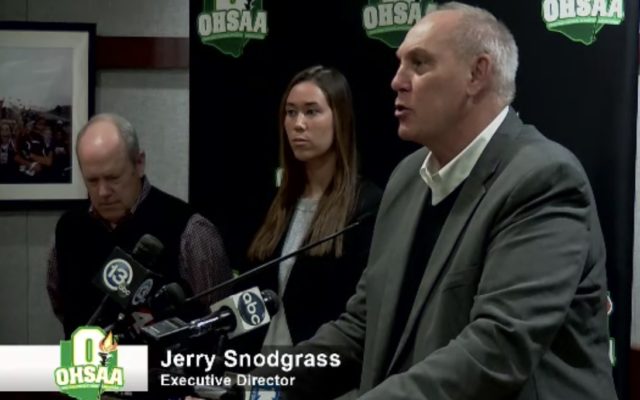 Snodgrass said that canceling the tournaments all together is completely on the table. He noted that everything is on the table at this point.

Snodgrass stated “I don’t want to lead people on and give them false hope.”  He said that they will probably make a decision on winter sports within the next 24 to 48 hours.

Snodgrass also said that canceling Spring sports is on the table as well. He said it runs hand in hand with the Governors decisions moving forward.

He said that student athletes in high schools around the state will not be granted another year of eligibility. He said it more problematic at this level than any other.

At this time, the State of Ohio is set to resume in school education at K-12 schools after Friday, April 3. If no changes are made to that date, Snodgrass says athletics will resume shortly after.

However, if that date moves back, additional measures will be taken by the OHSAA as well.