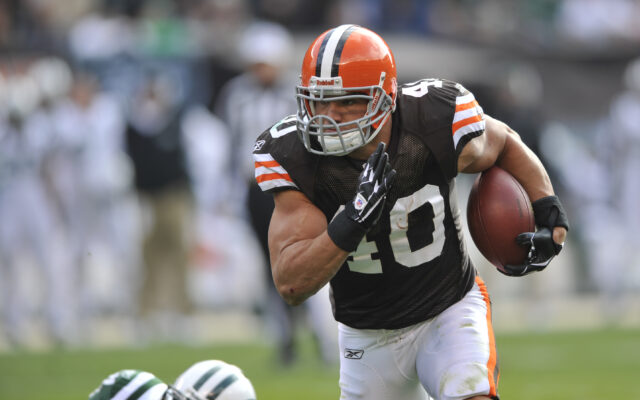 Peyton Hillis has been hospitalized in Florida ever since he jumped in the water to save his children from drowning on January 4th.  He was on a ventilator, coughing up sand from his lungs and his kidney’s weren’t functioning.  Over the past several weeks doctors say he’s been improving.  He is off the ventilator, he is also walking around and on the road to recovery.

In a report from Whole Hog Sports – they say he “swallowed sea water and was having trouble with his kidneys and lungs, has been off a ventilator since last Wednesday and has been walking around some in recent days. He has continued to remain on dialysis to help improve his kidney function”  according to family members.

The reporter says Hillis’s father Doug, said via text Tuesday the doctors are talking about releasing him perhaps within the next four days.