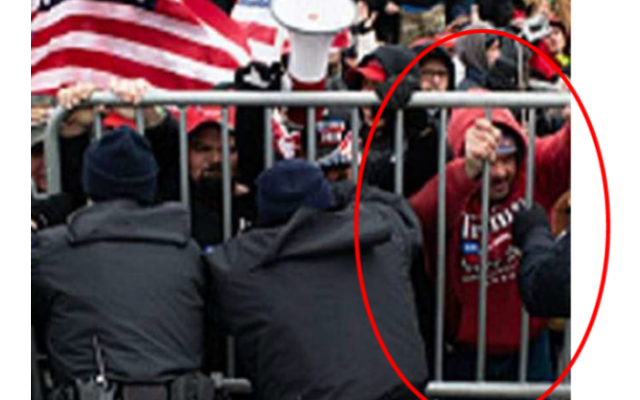 55-year-old John Wright entered a plea Tuesday in a Washington DC federal courtroom to ‘obstruction of an official proceeding’.

He’ll be sentenced in November.

Federal investigators say Wright organized a bus trip to DC, breaking through barricades and getting into the Capitol building.

Wright committed no other serious crimes while inside the building.

He did a Facebook Live, smoking a cigarette in the rotunda…

He did not help his case by later calling the incident on social media a “practice run”.

The feds say the maximum term is 20 years.