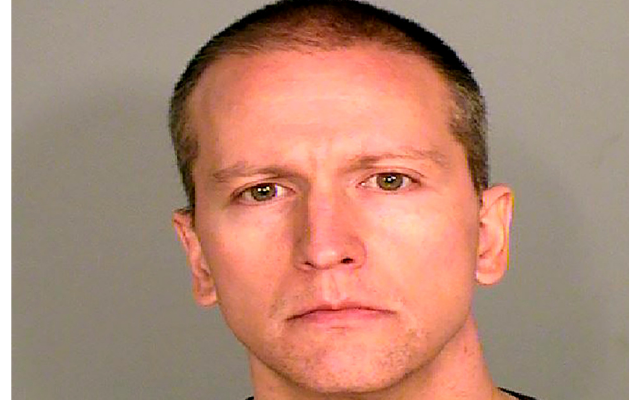 This photo provided by the Ramsey County Sheriff's Office shows former Minneapolis police Officer Derek Chauvin, who was arrested Friday, May 29, 2020, in the Memorial Day death of George Floyd. Chauvin was charged with third-degree murder and second-degree manslaughter after a shocking video of him kneeling for nearly nine minutes on the neck of Floyd, a black man, set off a wave of protests across the country. (Courtesy of Ramsey County Sheriff's Office via AP)

Governor Mike DeWine in a statement says “as we go forward as a nation, we must learn from the tragic death of George Floyd”.

Attorney General David Yost in a statement says “Chauvin dishonored his badge; that should weigh heavily in his sentencing hearing.”

U.S. Senator from Ohio Rob Portman tweeted: “George Floyd’s death was tragic and should never happen to anyone in America”.

And state Democratic Party Chair Liz Walters said “we have much more work to do in the fight for racial justice”.