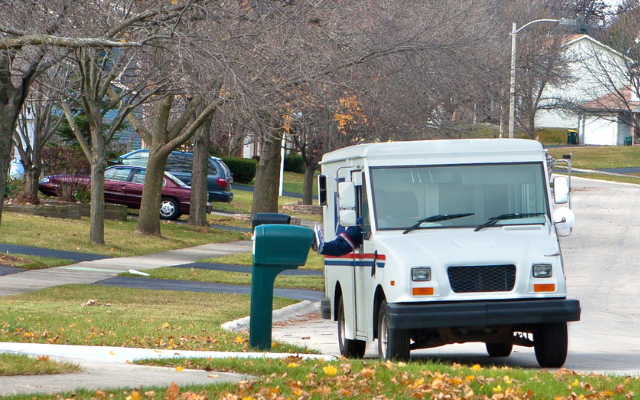 AKRON, Ohio (News Talk 1480 WHBC) – The FBI will no doubt be getting involved in the latest robbery incident in Akron.

A postal carrier and his vehicle were robbed at gunpoint on Carlysle Street Wednesday afternoon by two masked men.

Here are descriptions of the suspects as provided by Akron police:

Both suspects were described as black males with thin builds with masks on.

One of the suspects was wearing a red hooded sweatshirt that had a large white logo on the front of the hood and white letters on the sleeve.

He also had on multi-colored shoes with red on the sides and white soles.

The second suspect had on dark clothing.

Citizens may also provide anonymous information to any of the following:
The Summit County Crimestoppers, call 330-434-COPS
Text TIPSCO with your tips to 274637
Download the Akron PD app and submit information by texting Tips411 or accessing the link on our website www.AkronCops.org.

Meantime, a Youngstown postal worker was robbed at gunpoint Thursday as well.