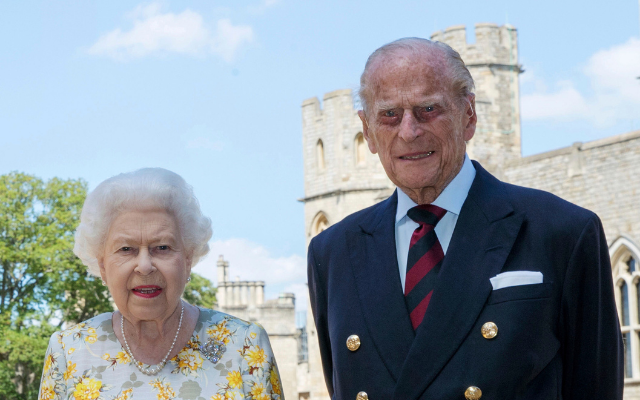 Britain's Queen Elizabeth II and Prince Philip the Duke of Edinburgh pose for a photo June 1, 2020, in the quadrangle of Windsor Castle, in Windsor, England, ahead of his 99th birthday on Wednesday, June 10. The Queen is wearing an Angela Kelly dress with the Cullinan V diamond brooch, while Prince Philip is wearing a Household Division tie. (Steve Parsons/Pool via AP)

LONDON, England (AP) – People stood in line to leave flowers and view an announcement regarding the death of Britain’s Prince Philip in front of the gate of Buckingham Palace in London, Friday, April 9, 2021.

Philip spent a month in hospital earlier this year before being released on March 16 to return to Windsor Castle.