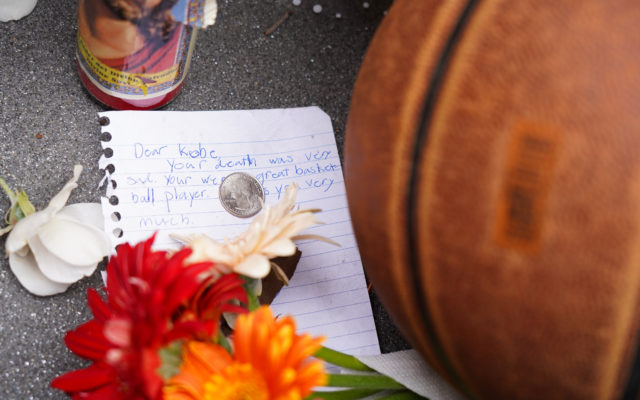 LOS ANGELES, CALIFORNIA - JANUARY 26: Flowers and tributes are left at a makeshift memorial for former NBA player Kobe Bryant outside the 62nd Annual GRAMMY Awards at STAPLES Center on January 26, 2020 in Los Angeles, California. Bryant, 41, died today in a helicopter crash in near Calabasas, California. (Photo by Rachel Luna/Getty Images)

The family of Kobe and Gianna Bryant have said goodbye.  Kobe and his daughter Gianna have been laid to rest. A private burial service was held last Friday.  A huge, public memorial is planned for February 24th at the Staples Center in Los Angeles.  Funeral services for the other victims of the crash were held over the past several days as well.  And remembering those who were also killed: