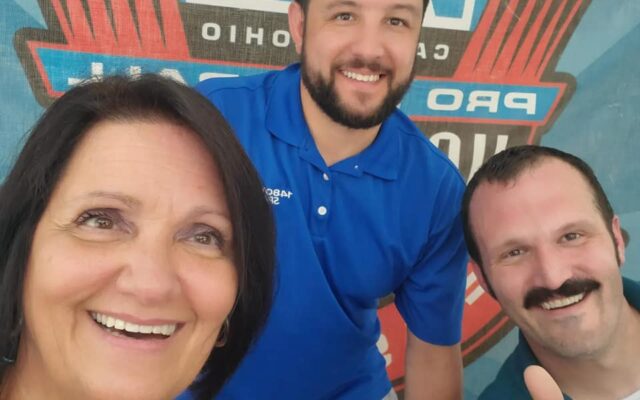 The 2022 Pro Football Hall of Fame Enshrinement Festival is officially underway as units kicked things off by marching down Market Avenue in downtown Canton Sunday.  The Community Parade saw close to 100 units that certainly got everyone ready for FOOTBALL!  Your hosts were Pam Cook of Canton’s Morning News, Matt Fantone from Mix 94.1’s middays and on the parade route Jordan Cook.  In the parade — Producer/Sports Team Member Billy Beebe driving the AM van, Java Joel – afternoons on Mix 94.1 driving the Mix Van.  Oh, and Kenny Roda having some fun in a convertible as well.   Here’s how to watch:

Go to wivmtv.com at 8 pm tonight (Monday) or tomorrow night (Tuesday).   Or with the Livestream app on your smart tv or Roku – search for WIVM