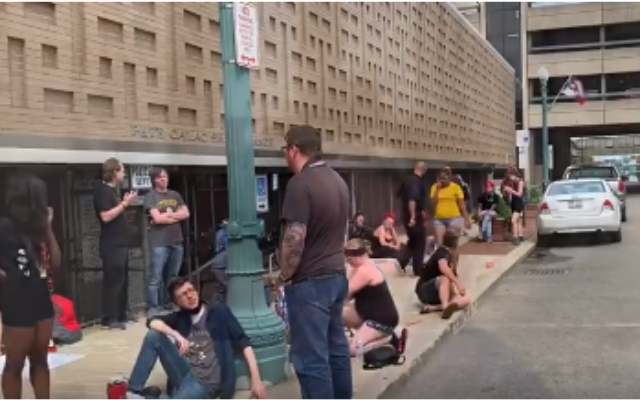 Sierra Mason who leads the group says she was told by police that the group needs to stop blocking streets, so they responded with a sit-in on the sidewalk.

They used chalk to write messages like “defund”, and “demilitarize the police”.

They’re unhappy with the arrest of 34-year-old Nathaniel Moran of North Canton, charged with aggravated menacing, accused of pointing a gun during the Wednesday night protest.