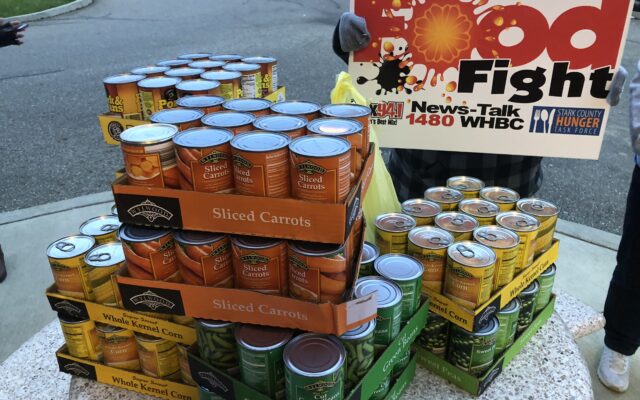 The 10th Annual Food Fight to benefit the Stark County Hunger Task Force is ON!

Will it be Massillon?  Or Does McKinley take the title back?

Bring your donation of non-perishable food items to Massillon Washington High School or McKinley High School now through Noon on Friday, October 22nd.  You can also stop in at participating businesses in Canton and Massillon, the 1480 WHBC Studios and Levin Furniture and Mattress.

OR you can make a monetary donation HERE:

Only one school gets bragging rights – Massillon holds the title right now! – But everyone wins when you donate to the Stark County Hunger Task Force!

Our  annual “Finale Rally” is set for Friday, October 22nd at Dunkin on Cleveland Avenue, NW in Canton and Dunkin in Downtown Massillon – you can come by and donate from 6am to 9am as we give one final push to the endzone!

This year’s winner will be announced during the big game on Saturday, October 23rd!  Listen live on 1480 WHBC starting at Noon with the Aultcare Stadium Show, kickoff is at 2:00pm.

And a special thank you to our sponsor Levin Furniture and Mattress!