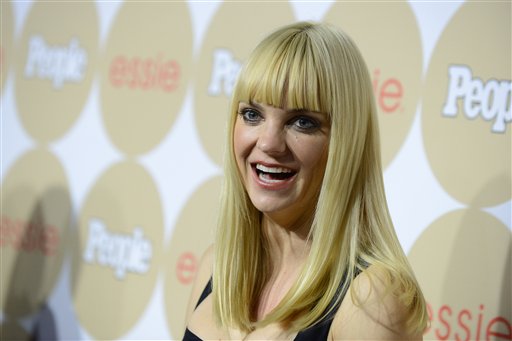 Anna Faris arrives at the People's 'Ones To Watch' Event at Hinoki & The Bird on Wednesday, Oct. 9, 2013 in Los Angeles. (Photo by Jordan Strauss/Invision/AP)

ANNA FARIS is leaving the sitcom “Mom” after seven seasons, which leaves ALLISON JANNEY to carry the show in its upcoming eighth season.  It’s unclear why she’s leaving, since she was still in the middle of her contract.

She just said, quote, “My journey as Christy has come to an end, allowing me to pursue new opportunities, [but] I’ll be watching next season and rooting for my TV family.”

Her absence will be addressed on the show, which is slated to start production September 14th.  It was previously shut down in mid-March due to COVID-19.  Producers say they WILL NOT recast her character because they believe no one could replace Anna in that role.