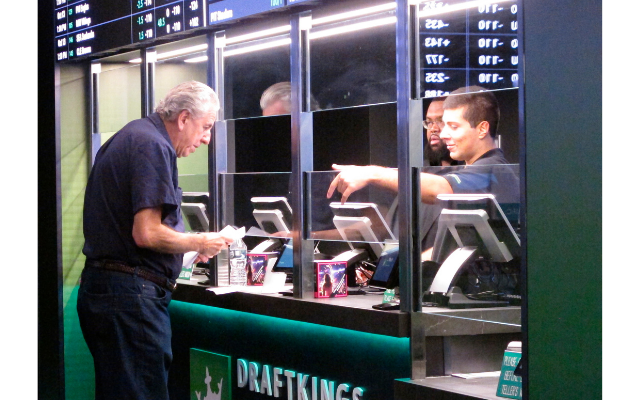 FILE - In this Oct. 8, 2019, file photo, a man makes a sports bet at Resorts casino in Atlantic City, N.J. Sports books say the blitz of advertising they launched in the run up to the 2021 Super Bowl, while costly, paid off in terms of attracting new customers to the fast-growing legal sports betting industry in the U.S. (AP Photo/Wayne Parry, File)

COLUMBUS, Ohio (News Talk 1480 WHBC) – Just as Ohio needs to get its two-year budget in place by Wednesday, it’s anticipated that the House will approve the Sports Betting Bill early the same week as well.

State Senator Kirk Schuring says the Senate handed the House a separate bill that is essentially ready to be voted on.

Of the 40 possible brick-and-mortar gaming site licenses, one would go to Stark County.

Schuring says the Hall of Fame Village is interested.

Larger counties like Summit would get three possible brick-and-mortar licenses, while the Cleveland, Cincinnati and Columbus areas get five.

Schuring believes the state is still on schedule to get legal gaming going by next April.