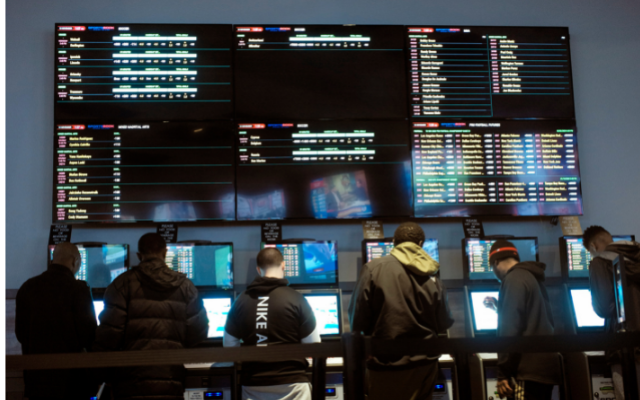 FILE - In this Nov. 18, 2019 photo, patrons visit a betting kiosk in the sports betting area of Twin River Casino in Lincoln, R.I. Legalized sports betting's rapid march across the U.S. could face some bigger tests in 2020. Less than two years after a U.S. Supreme Court ruling opened the door to sportsbooks outside Nevada, they have been legalized in states that are home to about one-third of the nation's population. (AP Photo/Steven Senne)

COLUMBUS, Ohio (News Talk 1480 WHBC) – We may be able to count on just one hand the number of months when legal sports betting comes to Ohio.

State Senator Kirk Schuring played a big role in putting the legislation together.

He thinks all facets of sports gaming in the state could be ready to roll by mid or late Fall.

Schuring says the rulemaking process is coming along.

He reminds us that the brick-and-mortar locations, sports teams, amd mobile app operators all want to start operations at the very same time.

The governor signed the bill last December and it became law in March.

Schuring believes the number of options available will make it one of the best programs in the country.