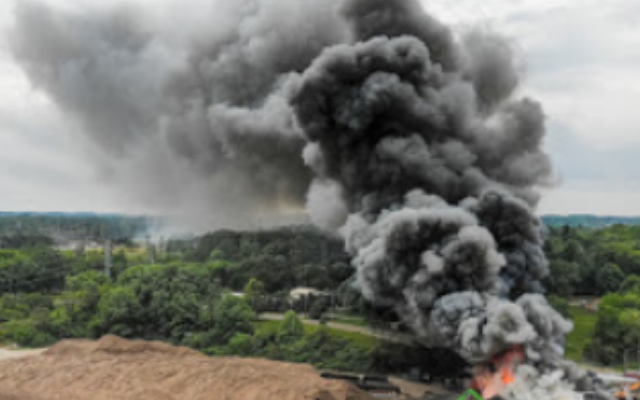 It was from a big scrapyard fire at PSC Metals in Canton Township.

The facility has private hydrants, but it wasn’t enough to control this fire.

Chief Smith says the pile on fire was 100 by 40 feet and 30 feet high, full of scrap metal and junk cars.

The company used heavy equipment to break the flaming scrap pile down as nine different fire departments poured water on it.

That fire on Varley Avenue SW near Gambrinus.

Residents were being advised to stay inside and avoid breathing the smoke.