Second of Five Inmates Who Escaped from SRCCC Caught

CANTON (News Talk 1480 WHBC) – The second of the five men who escaped earlier this week from the Stark County Regional Community Corrections Center has been captured.

36 year old John Bingham of North Canton was captured today in the parking lot of a mobile home community in North Canton, according to Police. He was arrested by members of the Northern Ohio Violent Fugitive Task Force, detectives from the Canton Police Department and Deputies from the Stark County Sheriff’s Office. 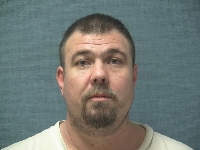 They are 24 year old Vincent Blanc of Canton, 39 year old Jason Drake of Waynesburg and 29 year old Michael Fisher, who is listed as homeless.

Authorities say to not engage any of the three men if you are to come in contact with them. Instead you are asked to call police immediately.