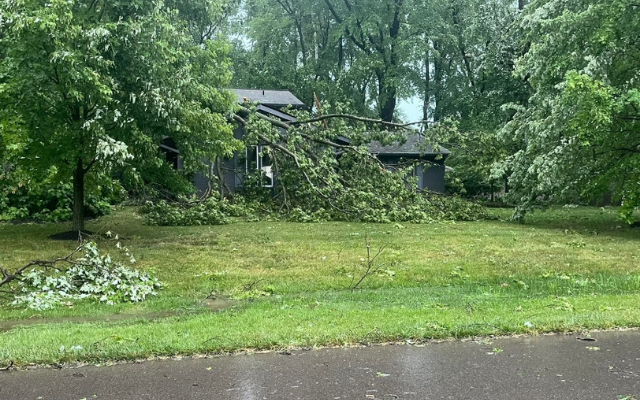 SHREVE, Ohio (News Talk 1480 WHBC) – Lots of trees down again in southern Wayne and northern Holmes Counties during the night.

But there were no reports of building damage or injuries from Wednesday night’s severe thunderstorm.

No word on state roads being closed at this time, but several county and local roads were said to be blocked by trees Wednesday night.

There are 300 power outages in the impacted area as of 6 a.m. Thursday.

Thousands of trees came down during the June 13 macroburst thunderstorm in essentially the same area.