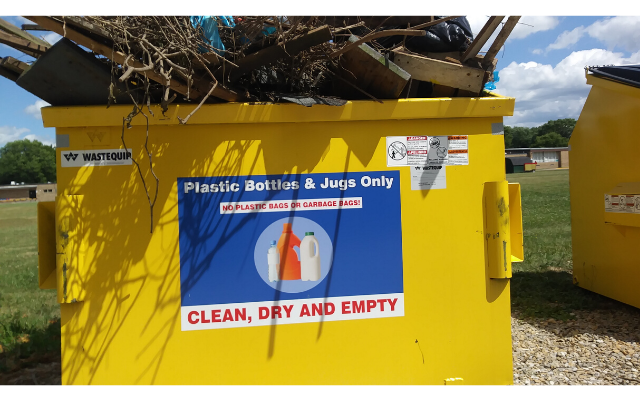 Construction debris and yard waste in a recycling bin at Taft Elementary School on 38th Street NW in Plain Township over the weekend of July 11. 12, 2020. (WHBC News)

BOLIVAR, Ohio (News Talk 1480 WHBC) – Only one-percent of people use recycling bins improperly, but 15% of the materials dropped off at the 35 sites in Stark County end up in the landfill, because of those trash dumpers.

That from Stark-Tuscarawas-Wayne Recycling District Executive Director David Held, who says any improper “trash” in a recycling bin contaminates the entire bin.

There are cameras at those sites, collecting evidence that might be used against those “dumpers”.

The district recently put out 400 new bins across the three counties.

Check the labels on the bins for what to put inside. 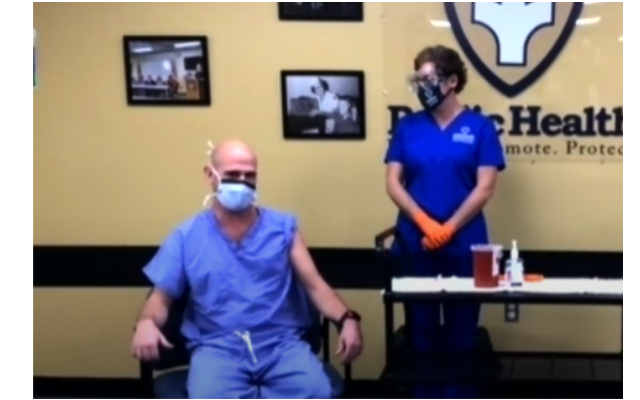