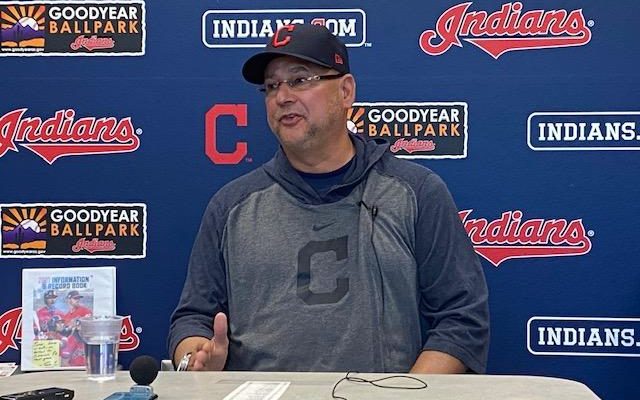 Manager of the Cleveland guardians, Terry Franconas’ scooter was stolen either Friday night or Saturday morning before Guards Fest.

The M&M’s mascots are changing again.  They updated them a year ago, and switched out the female characters’ shoes after people complained knee-high boots and stilettos were sexist.  Now they’re taking an “indefinite pause,” and not using them in commercials until they’re updated again.

Some people think it’s all just a setup for some Super Bowl ad they’ve got planned.

Super Bowl ads this year will cost an estimated $7million each….that sure is a lot of “Melts in your mouth, Not in your Hand!”

Speaking of Oscars, “Titanic” was in movie theaters for so long, it became the first movie ever to come out on VHS while it was still being shown in theaters.

Tom Brady is a curmuegeon!

During Monday’s “Let’s Go” podcast, the seven-time Super Bowl champ was asked by Jim Gray if he had a timetable for making a decision about his future.

Nikola Jokic could be the fourth if he wins it this year.

Jaysom Tatum of the Celtics

Will be announced in June.

Alabama OC/QB coach Bill O’Brien has returned to New England and is being named the Patriots offensive coordinator. O’Brien was former head coach at Penn State, Houston Texans and a Patriots’ assistant coach from 2007-2011, and now returns to coach Mac Jones, whom he briefly worked with at Alabama.

Ben Affleck’s next directorial effort “Air,” about the birth of the Air Jordan brand and the partnership between Nike and a rookie Michael Jordan, has set an April 5 global theater release date, before it heads to Prime Video.

This weeks’ NBA Power Rankings from “The Athletic.”

The Cavs are back in action tonight in the Big Apple to take on the Knicks.

88 years ago – In 1935, “Kruger Cream Ale,” brewed by Kruger Brewing Company became the first beer sold in a can.

Ed Helms is 49.  Andy  on “The Office”, a former “Daily Show” correspondent, and Stu  the “Hangover” movies.

Mary Lou Retton is 55.  Legendary gymnast.  At the 1984 Summer Olympics in Los Angeles, she won the gold medal in the individual all-around competition, two silver and two bronze.

Today we remember the lat John Belushi, comic genius and SNL alum. Born on todays date in 1949. Passed away of a drug overdose in 1982.