Stark County Drops Down to Yellow, Summit Drops to Orange 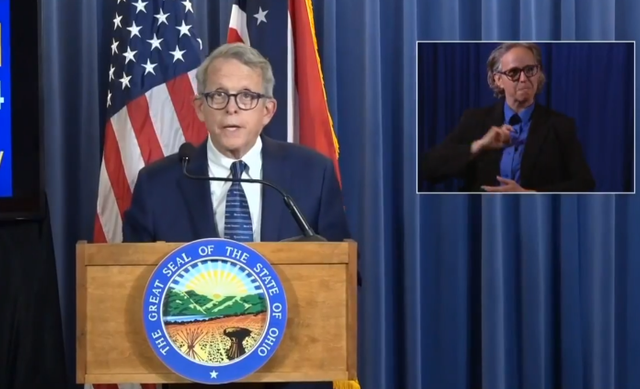 COLUMBUS (News Talk 1480 WHBC) – This afternoon Governor Mike DeWine spoke in Columbus, providing an update on COVID-19 in Ohio. Here is a complete outline on everything that was discussed.

Update on COVID Numbers in Ohio

The Ohio Department of Health’s latest report on COVID-19 shows hospitalizations continue to rise. 1,105 Ohioans are currently being treated for the virus in state medical centers. Thursday marks the 10th straight day the Buckeye state has seen over 1,000 hospitalizations related to COVID-19.

The state’s latest report shows a major jump in cases for Stark County. 37 new coronavirus cases were shown in Thursday’s report bringing the County total to 1,449. Stark’s death toll is now at 122, which includes one new fatality from the latest update. 16 more people have recovered in Stark County, lifting the overall count to 1,024.

The new update on the state’s Public Health Advisory System shows Stark County has gone down from orange, level two to yellow, level one. Summit County also went down, dropping from red level three, to orange. None of Stark’s neighboring counties are above level two. 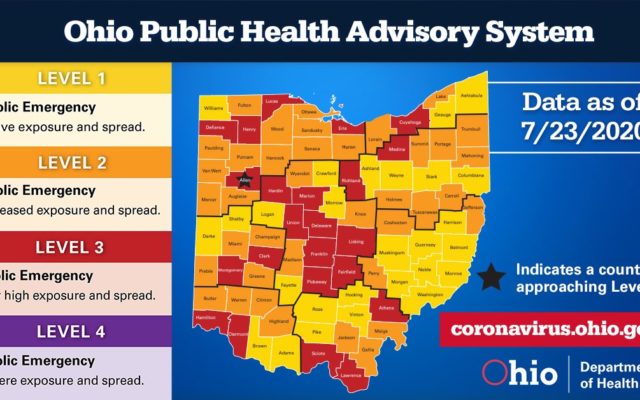 DeWine Calls for Repeal and Replace for House Bill 6

After saying yesterday that he was still in support of House Bill 6 – the nuclear energy bailout bill that is connected to the arrest of Ohio House Speaker Larry Householder – the Governor changed his tone as he opened his media briefing this afternoon.

While he still believes the law was the right choice, DeWine acknowledged that many Ohioans will not be able to accept how the bill was passed. The Governor said Householders arrest has “forever tainted” the law, which calls for action.

DeWine called for House Bill 6 to be repealed and replaced through an open process that the public can have full confidence in. He says the general assembly should act quickly to resolve this issue.

On June 15th, the Red Cross announced an initiative to test all blood and platelet donors for COVID-19 antibodies. This week the state of Ohio received its first report.

The Red Cross reported that nationwide, the positivity rate among donors was 1.4%. It’s important to remember the Red Cross data does not represent all parts of the state equally. For example, Cincinnati and the Dayton area are served by two independent blood banks.

However, these individuals sought out antibody testing and may have done so because they suspected they may have had COVID-19 at some point.