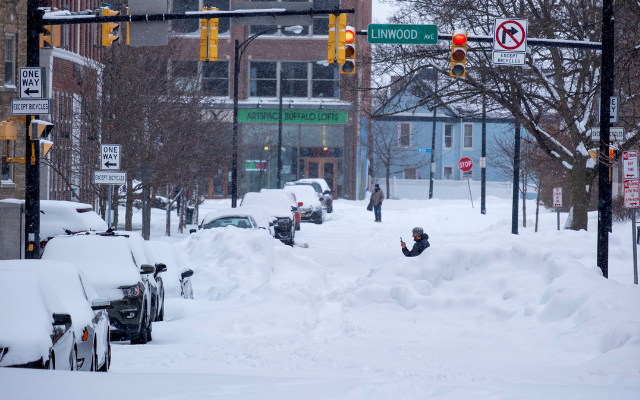 People move about the streets of the Elmwood Village neighborhood of Buffalo, N.Y. Monday, Dec. 26, 2022, after a massive snow storm blanketed the city. Along with drifts and travel bans, many streets were impassible due to abandoned vehicles. (AP Photo/Craig Ruttle)

Broken water pipes everywhere, because of the subzero weather, even at the Statehouse in Columbus.

One Senator tweeted video of water pouring into the entrance area of the Senate chamber, after a pipe apparently broke between the 2nd and 3rd floors.

Cleanup and repairs were underway on Tuesday.