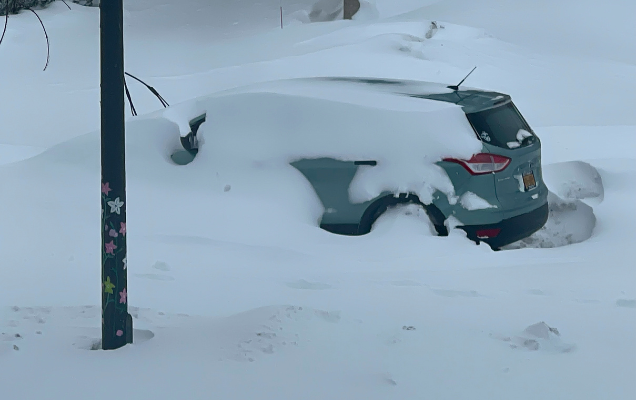 A car sits immobile and blanketed in snow, Sunday, Dec. 25, 2022, in Buffalo, N.Y. Millions of people hunkered down against a deep freeze Sunday morning to ride out the frigid storm that has killed at least 24 people across the United States and is expected to claim more lives after trapping some residents inside houses with heaping snow drifts and knocking out power to several hundred thousand homes and businesses. (AP Photo/Carolyn Thompson)

CANTON, Ohio (News Talk 1480 WHBC) – We didn’t see significant power outages or heavy snow, but the wind and the cold were enough to put a damper on Christmas holiday preparations and on Christmas Eve and Christmas Day celebrations.

Still, the company that manages the power grid for 13 eastern and midwestern states and DC came out with an advisory on Christmas Eve.

And wind chills were reported as low as -35, as AccuWeather had predicted.

Peak wind gust at the airport was 50 miles an hour early in the day Friday, but gusts remained over 40 through the days Friday and Saturday.

Stark County residents measured .5 to 3 inches of snow in the initial onslaught Friday morning, though measuring that was no easy task.

The airport measured 2.2 inches from the initial storm.