Super Bowl Records about to be Broken? There are a lot! Check Here! 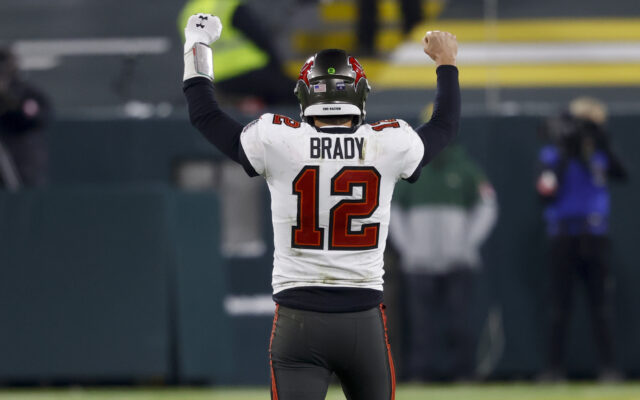 2.  First QB to Win in Three Different Decades:  If the Bucs win, Brady will become the only quarterback to win a ring in each of THREE decades.  Only two other quarterbacks have won in two decades:  Peyton and Eli Manning.

4.  Patrick Mahomes Could Join the List of Multiple MVP Winners:  If Mahomes is named the MVP, he’d join Bart Starr, Terry Bradshaw, Joe Montana, Eli Manning, and Tom Brady as the only players who have won multiple Super Bowl MVPs.

5.  The Youngest QB with Two Rings:  If the Chiefs win, Mahomes would surpass Brady as the youngest quarterback with two Super Bowl wins under his belt.  Brady was 26 when he did it.  Mahomes would be 25 years and 143 days old.

7.  Back-to-Back Drought Coming to an End?:  The Chiefs can become the first team since the 2003 and 2004 Patriots to win back-to-back Super Bowls.

8.  Wild-Card Tom:  Brady could join Jim Plunkett, John Elway, Trent Dilfer, Ben Roethlisberger, Eli Manning, and Aaron Rodgers as the only quarterbacks to lead a wild-card team to a title.

Brady also could join Roethlisberger, Manning, and Rodgers as the only QBs to win the Super Bowl after winning three straight road playoff games.

9.  Brady Can Match Manning’s Unique Record:  With a win over the Chiefs, Brady would join Peyton Manning as the only starting quarterbacks to win Super Bowls with two teams.

10.  The First “Home” Team to Win the Super Bowl.  The Buccaneers will already become the first team to play a Super Bowl in their home stadium.  So they’d also make more history as the only team to win one at home.