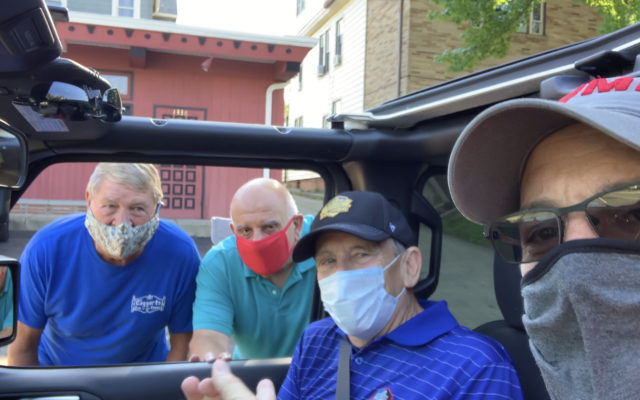 Ten’s of people lined Cleveland Ave. in Canton Saturday morning (some were just joggers) to attend the 1st annual “Not” HOF Grand Parade.  Mayor Thomas Bernabei of Canton served as Grand Marshall and was driven by WHBC talk show host JT.  Pictured are Ernie Schott and Mike Shaheen. The “Not” HOF Grand parade was made up of 5 units virtually taking one of the largest parades in the nation & making it one of the smallest of all time!  Included in the  parade were members of the Canton Hogs motorcycle club, Mike Harrer, Chuck Schuster and Jason Cooper.