The Roadman’s 1st Round Recap Of The NFL Draft 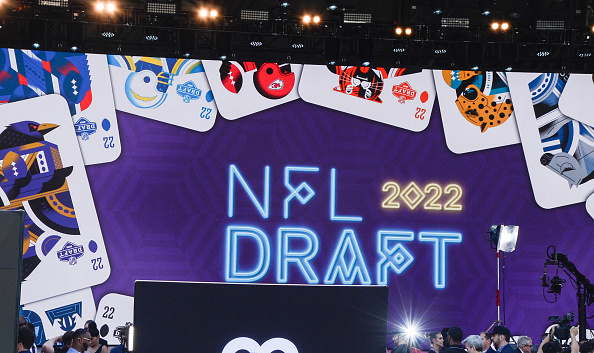 At the NFL Draft in Las Vegas the Cleveland Browns did not have a first round draft pick as it was used as part of the Deshaun Watson trade.

The Browns first selection in the 2022 NFL Draft will be in the second round with the 44th overall pick.

In total, the Browns will have 7 draft picks in the 7 round draft.

Defensive end Travon Walker out of Georgia was the first overall selection in the draft by the Jacksonville Jaguars.

The first 5 picks in the draft were all defensive players.

The first wide receiver selected was Drake London out of USC at number 8 to the Falcons.

Ohio State wide receivers Garrett Wilson and Chris Olave went 10th and the 11th respectively to the Jets and Saints.

Then former Buckeye wide out Jamison Williams who played at Alabama last year, went 12th overall to the Lions.

So technically, 3 wide receivers who played at least 2 years at Ohio State went in a row in the first round!

Two big wide receiver trades during the draft yesterday. The Ravens dealt Marquise “Hollywood” Brown to the Arizona Cardinals, while the Titans traded A.J. Brown to the Eagles. Hollywood Brown gets to reunite with his college quarterback at Oklahoma, Kyler Murray, while A.J. Brown hit the jackpot agreeing to a $100 million dollar contract with Philly following the trade.

5 Georgia defensive players went in the first round, that’s the first time that’s ever happened from one team in NFL Draft history.

Only one quarterback went in the first round and that was Kenny Pickett to the Steelers from Pitt university at pick #20.

The Browns will be picking 44th overall in the second round and then they have 2 picks in the third round at selections 78 and 99.

The Browns likely will be targeting a WR, DT and DE in rounds 2 and 3.

Cleveland will have 4 picks on day 3 of the draft on Saturday in rounds 4 through 7. One in the 4th and 6th rounds and 2 in round 7.