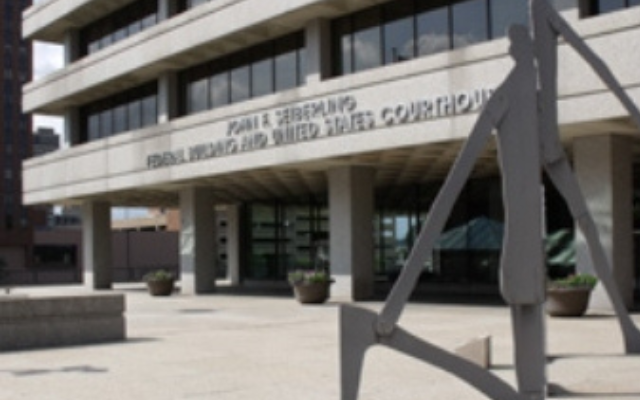 AKRON, Ohio (News Talk 1480 WHBC) – Employees and others in a number of downtown Akron buildings were forced to evacuate for a time Wednesday morning because of a bomb threat.

The Akron Fire Department says a letter was found around 11 a.m. Wednesday at the John F Seiberling Federal Building.

That building and those nearby were evacuated.

The fire department was already on scene, looking into a white, powdery substance that a mailroom employee found in an envelope.

He is OK and it was determined the substance was not danger for anyone.