TimkenSteel has New President and CEO 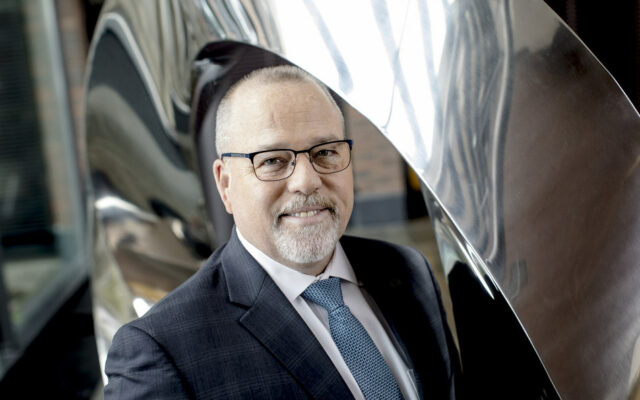 CANTON, Ohio, December 18, 2020 – TimkenSteel (NYSE: TMST), a leader in customized alloy steel products and services, today announced its Board of Directors has approved several important executive leadership changes. Michael S. Williams has been named president and chief executive officer of the company and has also been elected to the board of directors effective January 1, 2021. Terry L. Dunlap, who has served as the company’s interim chief executive officer and president since October 2019, will remain on the board and resume his role as an independent director of the company, effective January 1, 2021.

“Mike is the right person to lead TimkenSteel into the future, given his extensive industry experience and proven track record,” said Terry Dunlap, interim chief executive officer and president. “The TimkenSteel team has worked diligently with me over the past 15 months to improve the financial results of the company, and I know Mike is prepared to build on that momentum. I look forward to supporting Mike and the company in my continued role as a director.”

Williams was most recently the chief executive officer of Bayou Steel Group, a U.S. producer of structural steel and merchant bar. Prior to joining Bayou, Williams served as President Outokumpu Americas for Outokumpu Oyj, a global leader in the stainless steel industry. Before that, Williams held a number of leadership roles at U.S Steel including senior vice president North American Flat Rolled, and most recently senior vice president, strategic planning and business development. Earlier in his career, Williams served as vice president of commercial products at Special Metals Corporation and as chairman and chief executive officer of Ormet Corporation.

John P. Reilly, chairman of TimkenSteel’s Board of Directors said, “I would sincerely like to thank Terry for his focus and strong leadership during a challenging time for TimkenSteel amid a global pandemic. Under Terry’s leadership, we have strengthened the company’s balance sheet and streamlined the company to better serve our customers now and in the future.”

Additionally, Frank A. DiPiero will step down as executive vice president, general counsel and secretary of the company, effective December 31, 2020. DiPiero has served in this role since 2014.

Reilly said, “Frank was instrumental in structuring the company at the spinoff in 2014 and helping guide it since then, and his leadership will be greatly missed. We thank him for his many contributions, and we wish him well in his future endeavors. At the same time, we are pleased to have an experienced and capable successor in Kris, who has partnered with Frank since the spinoff, bringing critical expertise and leadership at an important time in the company’s journey.”