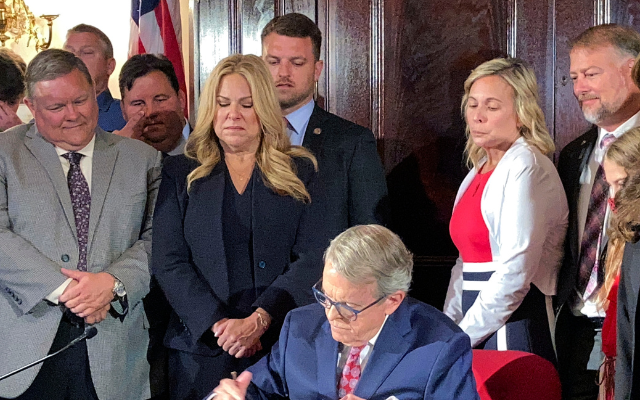 Gov. Mike DeWine signs "Collin's Law" to increase penalties for hazing during a ceremony on Tuesday, July 6, 2021, at the Statehouse in Columbus, Ohio. Standing immediately behind him among other lawmakers and guests were Wade and Kathleen Wiant, left, whose late son is the law's namesake, and Shari and Cory Foltz, right, whose son Stone died in March after another alleged fraternity hazing. (AP Photo/Kantele Franko)

Both young men will spend 42 days in jail on hazing charges.

They are Jacob Krinn and Troy Hendricksen.

Hendricksen was the “new member educator” in the Bowling Green State fraternity.

The Foltz family continues to demand accountability, for the sake of every parent dropping a student off at school.

Six other defendants were sentenced earlier this Summer.