VERDICT IS IN: Chauvin found GUILTY on ALL counts 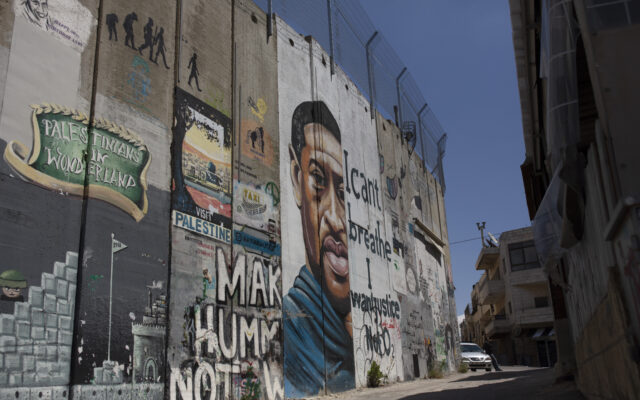 A mural depicting George Floyd is seen on Israel's controversial separation barrier, in the West Bank town of Bethlehem, Friday, April 9, 2021, as testimony continues in the U.S. in the trial of former Minneapolis police officer Derek Chauvin. Chauvin is charged with murder in the death of George Floyd during an arrest last May in Minneapolis. (AP Photo/ Maya Alleruzzo)

It took the jury in the Derek Chauvin less than a day to decide the fate of the former Minneapolis police officer.  They met for ten hours and unanimously determined that Chauvin is guilty on ALL counts in the death of George Floyd a year ago.  All across the country people have been awaiting the verdict – it has been tense – and many cities taking precautions in case of post verdict protests or riots.  2000 members of the National Guard are in Minneapolis.

Chauvin had been charged with second-degree unintentional murder, third-degree murder and second-degree manslaughter in the death of George Floyd.  He could have been convicted on all of the charges, some or none.  Floyd’s death sparked massive protests across the country last year.

The jury was diverse and included five men and 7 women, 4 of them are black, 6 are white and 2 are  multi racial. They ranged in age from 20 to 60.