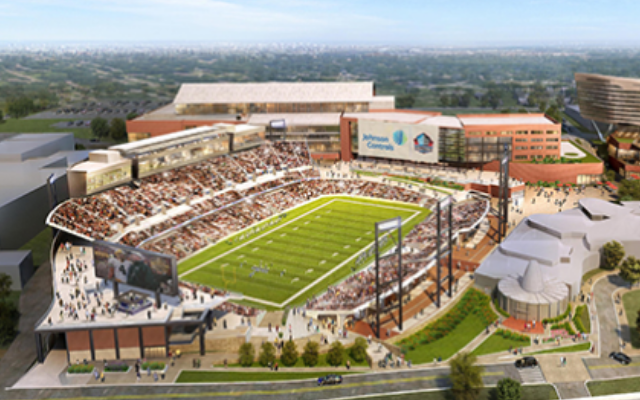 CANTON, Ohio (News Talk 1480 WHBC) – Tom Benson Stadium is expected to have a different look by Enshrinement time in a little over four months.

There’s a new plan for the east end zone, which should resemble the Right Field District at Progressive Field, as it’s described.

It’s an open area with food, beverages and entertainment.

And in the west end zone, there will also be the big Jumbotron mounted to the sidewall of the under-construction Constellation Center for Excellence.

In addition, infrastructure work is being done on other Hall of Fame Village properties in that area, with more construction coming.