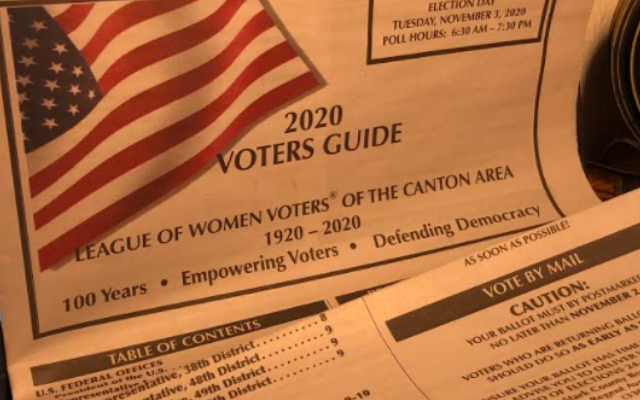 CANTON, Ohio (News Talk 1480 WHBC) – The League of Women Voters of the Canton Area was part of the effort to bring more completed-ballot dropboxes to different locations in Ohio’s counties, though that litigation was not successful.

Co-President of the league Carol Canavan says they work to improve access to voting, in addition to producing the Voter’s Guide, with its analysis of the candidates and issues.

In the 100 years since women received the right to vote, the League of Women Voters has acted to educate the electorate.