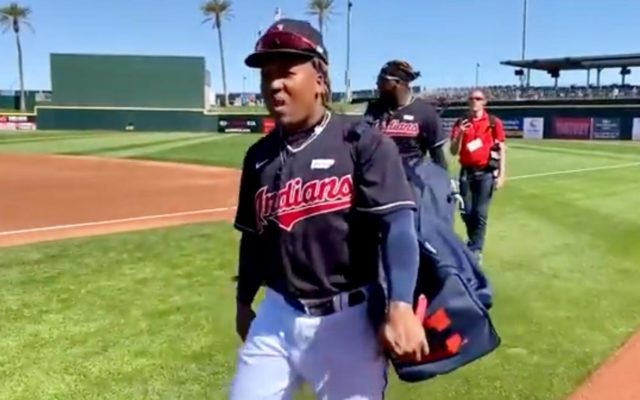 Cleveland’s offense erupted to back an effective pitching performance in the club’s Cactus League Home Opener, as the Indians posted a 10-2 victory over the Chicago White Sox on Tuesday afternoon at Goodyear Ballpark.

Cleveland jumped out to a 10-run lead after six innings, staging separate three-run rallies in the 1st, 2nd and 5th innings. INF JOSÉ RAMÍREZ (2-for-3, RBI, 2R), OF FRANMIL REYES (2-for-3, 2 2B, 2RBI) and INF CHRISTIAN ARROYO (2-for-2, solo HR, RBI, R) did a majority of the damage, collecting two hits each…C CAMERON RUPP (1-for-2) added a 2-run double, marking his first hit in an Indians uniform…the Tribe’s offense has combined to score 27 runs thru 3 games, while hitting at a .306/.389/.523 clip…RHP SHANE BIEBER made his 2020 Cactus League debut, retiring the side in order in the 1st inning before giving way to LHP BRAD HAND, who followed with a scoreless 2nd…southpaw SCOTT MOSS, acquired last July from Cincinnati, tossed 1.2 scoreless frames of relief while fanning a trio of ChiSox batters.