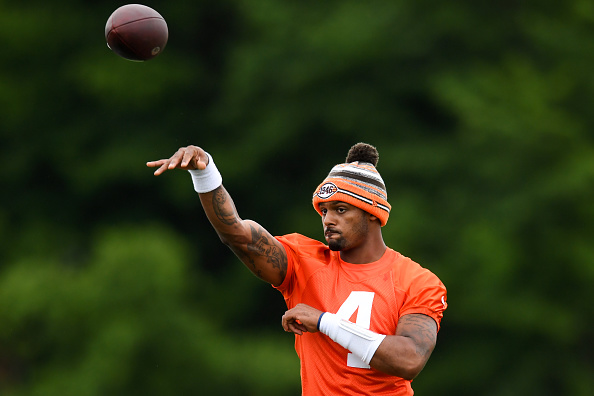 It was announced by the plaintiffs lawyer Tony Buzbee on Tuesday that new Browns quarterback  Deshaun Watson has reached confidential settlements with 20 of the 24 women who filed civil lawsuits against him for alleged sexual misconduct during massages he received from them between 2020-2021.

The terms and amounts of the settlements are confidential.

That leaves 4 remaining civil suits that could still end up going to trail or be settled out of court at a later date.

At this time Watson, as well as the Browns have not commented.

Per ESPN.com, the NFL released the following statement, “today’s development has no impact on the collectively bargained disciplinary process.”

Watson has maintained his innocence throughout this entire process.

The NFL has yet to rule if Watson will face any disciplinary action.