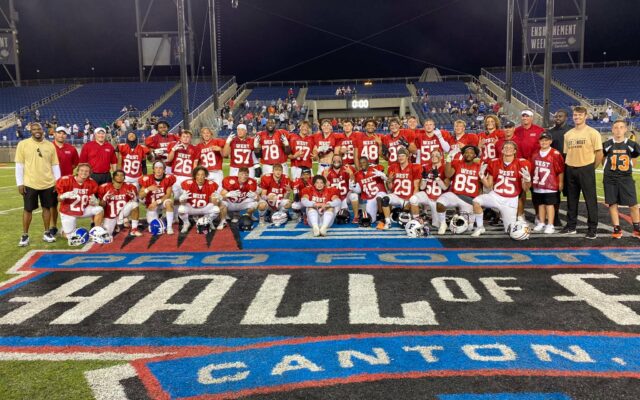 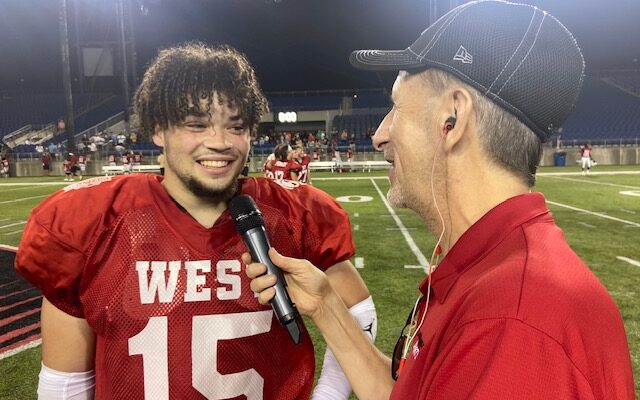 Massillon quarterback #15 Darrius McElroy was named the game’s MVP as he rushed for 100 yards and 2 touchdowns, threw for 51 yards plus a 2-point conversion and also punted for an average of 43 yards per kick.

Others who scored touchdowns for the West included Kam Gill from Perry on a 42 yard punt return and Canton South running back Tam Church on a 17 yard run.

The East’s only touchdown came on a 67 yard pass play from GlenOak quarterback Isaiah Knox to Louisville wide receiver Zack Seaman. Knox finished the game throwing for 166 yards and the 1 touchdown. 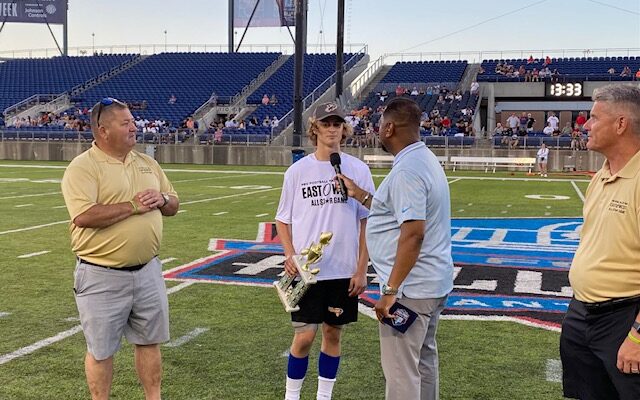 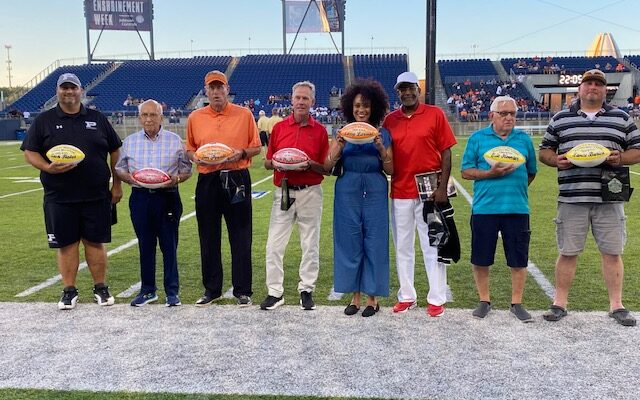 The Stark County High School Football Hall Of Fame Classes of 2020, 2021 and 2022 were honored at halftime.