What are YOUR Cat’s personality traits? Find out HERE: 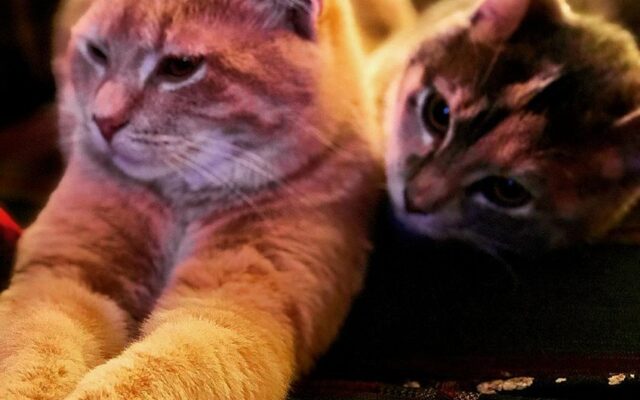 Cats Have Seven Personality Traits, and One of Them Is “Litterbox Issues”?

Dogs are a lot easier to read than cats, who just kind of stare at you. So figuring out what cats are thinking takes a little more effort . . .

A new study at the University of Helsinki identified SEVEN distinct behavioral traits in domestic cats.

The point was to get a baseline of what “normal” behavior looks like. Then they’ll use it in future studies to gain insight into why cats do the things they do.

In other words, it’s seven things that might signal something about the current mood they’re in, but we still don’t know exactly what they mean. Here are the seven traits . . .

1. Activity or playfulness. Like playing with a toy, or tracking birds out the window.

2. Fearfulness. Like when they get spooked or hide under the bed.

3. Aggression toward humans. Like when they bite you for no reason.

4. Friendliness toward humans. Things like purring, or wanting you to pet them.

5. Socializing with other cats. That includes good and bad interactions.

6. Litterbox issues. Like peeing outside their box, or not burying it well enough.

7. Excessive grooming, which could be a sign of stress.