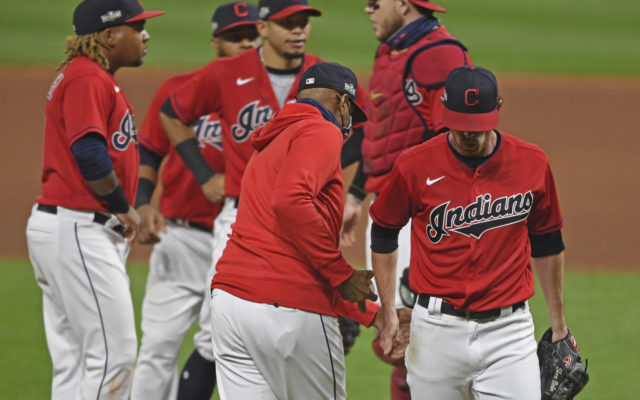 The Indians lost Game 1 of their best of three Wild Card Series to the New York Yankees 12 to 3.

Shane Bieber had his worst start of the season giving up 7 runs on 9 hits, plus 2 walks in only 4 2/3 innings.

Gerrit Cole went 7 innings for the win, striking out 13 for New York. Aaron Judge, Brett Gardner, Giancarlo Stanton and & Gleyber Torrez all homered for the Yanks, who totaled 15 hits.

Josh Naylor was the only bright spot for the Indians offensively, going 4-4, including a homerun and a double with 2 runs scored.

Carlos Carrasco gets the start for the Tribe in the do or die Game 2.