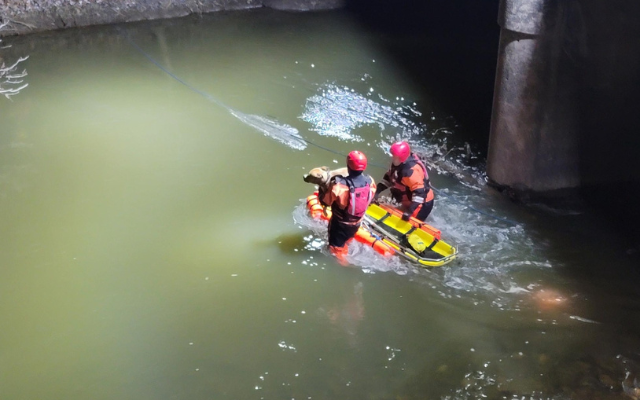 The Canton Fire Department says the pit bull they rescued from the West Branch of Nimishillen Creek near West Tusc was microchipped by the Stark County Sheriff’s Dog Warden before being returned.

The pup got stranded along the bank of the creek last week when he refused to go back in the icy waters.

Temperatures were in the mid 20s, but the fire department’s rescue team suited up and went in.

No one was injured.

Here’s the “doggone” story on Facebook as told by the CFD:

*** UPDATE: our friends at the Stark County Dog Warden have just informed us that the dog (named Jax) was microchipped! Shortly after contacting his owner, Jax was reunited with his family! We hope that he is happy to be home and does not get the itch to flea again anytime soon!***

This past Friday at approx 1800 hours, Battalion Chief 1 was dispatched for a dog trapped on a riverbank. On arrival, Chief 1 was met with quite a ruff situation and quickly found out that rescuing the pup with just himself and his driver was pretty far-fetched.

With ambient temperatures of 25 degrees Fahrenheit and falling, Chief 1 knew his only paw-sible option was to dispatch our water rescue team. It is unknown how long the K9 was trapped on the riverbank, but would have no doubt turned into a pup-sicle if not for the good samaritan that collied it in.