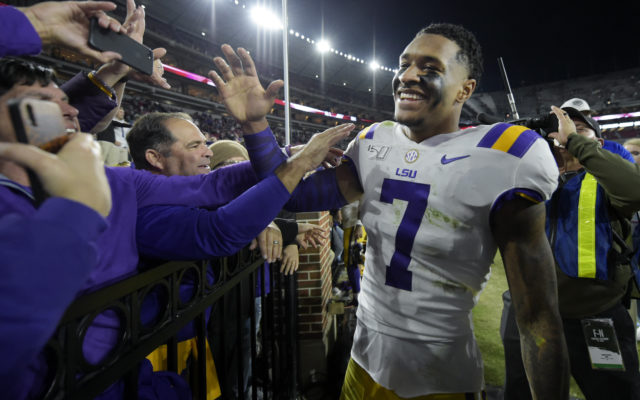 CANTON (News Talk 1480 WHBC) – After fixing a need on the offense in round one, the Cleveland Browns made some improvements to the other side of the ball in the second round of the 2020 NFL draft.

The Browns selected All American Safety Grant Delpit (LSU) with the 44th overall pick. Delpit was selected after the Browns traded back from their original second round spot at 41 overall.

Delpit heads to Cleveland with a full trophy case from a very successful career in Louisiana. The newest member of the Dawg pound started all three seasons during his time with the Tigers, earning All-SEC honors twice, All-American honors twice and the 2019 Jim Thorpe Award.

The play making safety also played a key role in helping LSU secure the 2019 national championship. Between his size (6-3, 213 lbs) and impressive resume, the Browns believe Delpit can bring a much needed play making dynamic to the Cleveland defense.