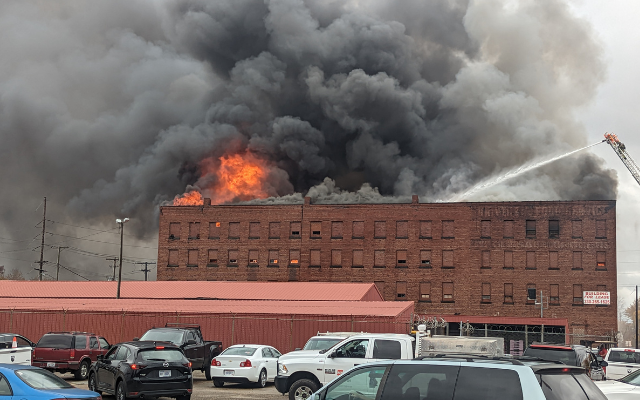 CANTON, Ohio (News Talk 1480 WHBC) – A fire in a building that covers an entire city block in Canton.

Canton fire crews were at the scene part of the night at a vacant five-story warehouse building that abuts the railroad tracks between 5th and 6th Streets NE, just east of Cherry Avenue.

The city’s building and demolition departments are at the scene.

Henderson says crews initially tried an inside attack on the fire, but the building was too dilapidated and there were numerous fires underway in the structure.

A fire spokesman says the fire is just smoldering Thursday morning and they’ve left the scene.

The building will be coming down.

Streets in the area like Cherry were open Thursday morning.

Nearly every firefighter in the city of Canton had to be called out for this one.