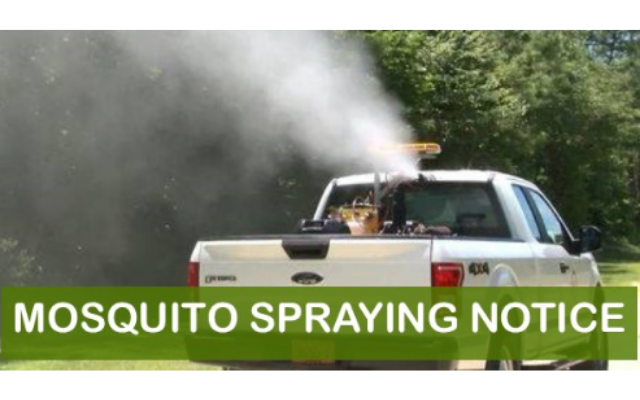 Canton Public Health will begin on the northwest side of the city Monday through Wednesday, spraying from 9 until midnight.

Health Commissioner Jim Adams says there are things you can do to reduce the mosquito population in your neighborhood.

Like, getting rid of any containers with stand water, no matter how small.

Adams says mosquitoes can grow even in a small cup in five to ten days.

There was a recent positive West Nile Virus test among mosquitoes in the city; more at whbc.com

Mosquito spraying will take place as follows, according to a Public Health news release:

In the event of rain, windy conditions or low temperatures on any of the dates scheduled, spraying will be postponed until it can be rescheduled.

Residents with respiratory ailments should take necessary precautions to protect themselves and beekeepers should protect their hives.